HTTP and HTTPS: What do they do, and how are they different? 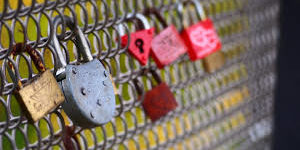 You click to check out at an online merchant. Suddenly your browser address bar says HTTPS instead of HTTP. What’s going on? Is your credit card information safe?

Using HTTPS, the computers agree on a “code” between them, and then they scramble the messages using that “code” so that no one in between can read them. This keeps your information safe from hackers.

They use the “code” on a Secure Sockets Layer (SSL), sometimes called Transport Layer Security (TLS) to send the information back and forth.

How does HTTP work? How is HTTPS different from HTTP? This tutorial will teach you about SSL, HTTP and HTTPS.

How Does HTTP Work?
In the beginning, network administrators had to figure out how to share the information they put out on the Internet.

They agreed on a procedure for exchanging information and called it HyperText Transfer Protocol (HTTP).

Once everyone knew how to exchange information, intercepting on the Internet was not difficult. So knowledgeable administrators agreed upon a procedure to protect the information they exchanged. The protection relies on SSL Certificate to encrypt the online data. Encryption means that the sender and recipient agree upon a “code” and translate their documents into random-looking character strings.

The procedure for encrypting information and then exchanging it is called HyperText Transfer Protocol Secure (HTTPS).

Humans could encode their own documents, but computers do it faster and more efficiently. To do this, the computer at each end uses a document called an “SSL Certificate” containing character strings that are the keys to their secret “codes.”

The security during the transfer is called the Secure Sockets Layer (SSL) and Transport Layer Security (TLS).